In Praise of Psychiatric Services? (2)

Sorry Community Mental Health Teams  (CMHTs) – I find this to be true – well certainly in my neck of the woods.   God help the unfortunate soul who experiences an exacerbation of mental health ‘ishoos’ while residing in social care for they are truly lost!

I have written about this before and unfortunately nothing has changed.  The CMHT completely ignore us (staff) in that they do not seek our input, our knowledge and our concerns.  Liaison – what’s that?  Do they consult the referring GP (?) – I tend to think not (and indeed sometimes know) as GPs are equally frustrated re the lack of communication and cooperation between ‘colleagues’ and that (wrong) decisions are made (by the CMHT) after a thirty minute interview with the poor resident in question.

Ted entered our home some five years ago – he does not have any problems related to memory but that of depression and apathy which has dogged him since a traumatic incident in early adulthood.   He is isolated due to social anxiety which increases his depression and feelings of hopelessness and low self-worth.

This has been his life for nigh on thirty years and increasing apathy, hopelessness led to Ted being at high risk of self-neglect and increasingly vulnerable to those in society who ‘befriend’ him and rob him of his benefits and thus him becoming a welcome resident of our home.  Our home is now his home.   (It is Ted's home - I/we have the privilege of working there!)

For some time Ted has become reflective re his personal situation and this in itself has led to a deeper depression (‘I am worthless’) and as he is comfortable in his home he is also able to express anger (‘I am useless!’) both verbally and physically (as in punching inanimate objects and destroying his own personal effects).

Ted has – for the first time – begun to self-harm.   He also exhibits behaviours that some might construe as sexual in nature – but to me (and I have discussed this with him) are an expression of his need to be loved and reverting to babyhood and the intervention required is to him, proof of caring.

Ted’s GP referred him to psychiatric services requesting the input of a psychiatrist.  In turn, said psychiatrist did not see Ted rather placing Ted’s future in the hands of the CMHT.   What is the purpose of the CMHT?   A CMHT meets the needs of people with mental health problems who don’t need a psychiatrist.

So it needs to be asked:  Does this little collusion of anonymity (psychiatrist and CMHT) have an agenda?    Why is the GP referral of secondary importance to that of the CMHT – who make their decisions based on a thirty minute interview without liaising with other interested professionals who know Ted?

The CMHT in their wisdom decided that Ted did not need to see a psychiatrist.  This decision – to Ted – was further evidence of his unimportance (‘Why is no-one interested in me?’).

Ted’s continued and deepening depression began to compromise his physical health in that he ceased to eat and had poor fluid intake causing an electrolyte imbalance which led to problems and the need for medication to counteract this.

Ted’s GP, who had long realised that Ted’s needs were beyond his expertise again contacted psychiatric services, pressing for the input of a psychiatrist and again this led to a swoop by the CMHT, who again decided that Ted did not need to be seen by a psychiatrist?

Six months ago, near death (malnutrition and dehydration), Ted was hospitalised.  He was at this time (finally) seen by a psychiatrist and when strong enough was transferred to a psychiatric hospital to treat his depression!

The psychiatrist contacted the home for a history of Ted and requested our thoughts – something the CMHT (and indeed the psychiatrist prior to this) did not!

It appears to me that the little collusion of anonymity ensured Ted paid a high cost both physically and mentally by denying him access to a psychiatrist – but that is what collusion of anonymity is all about – bouncing patients back and forth from one specialist/discipline to another with nobody taking responsibility for the patient as a person.

Ted is a person.

Before I close I would like to assure those who exist in CMHTs that this is a specific post to experiences in my neck of the woods and is not a gross generalisation of all.  I am sure that team members offer a vital hand to those in the community who do not need to see a psychiatrist.

Why do psychiatrists not take heed of GPs here?  Why in these instances are decisions left to CMHTs as to whether a patient requires the input of a psychiatrist – why does the psychiatrist not see the patient and make the decision him or herself?   Just wondering, that’s all… 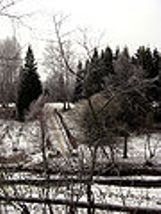 Opportunist he,
He watches waiting
As Redbreast bobs
Through evergreen
Bearing
Seasons berries.

And distracted by
Her luscious feast of
Rich red rubies
Becomes easy fare
Feathers
On his winter table.

Also posted re The Poetry Pantry # 80 at Poets United.

I must admit to being lazy and greatly slightly unprepared for Christmas, hence I have taken the easy way out and stolen an earlier (written in May)  post from t’other much neglected blog (Puzzelicious).

The boat,
the means of escape
is there.
He could easily
step aboard,
cast off, set sail
and once afloat,
be free, unburdened.
Does he?
No.

He could go
yet always procrastinates,
always finds a ‘but’,
an ‘I can’t’
or ‘I’d better wait’
and buries himself
deeper
in the sand.
He could go,
could leave the land,
but won’t cast off the burden
of his self-made anchor,
his self-made shackle.

With thanks to Tess at  Magpie Tales for the inspiration. 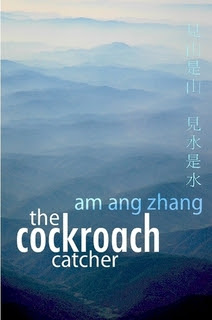 ‘The ability to dissect out a full set of cockroach salivary glands was a prerequisite requirement for medical school entrance in in our days.’

I purchased Dr Am Ang Zhangs’ book last November and placed it at the bottom of my ‘to read’ pile – I should not have done so.

Holidaying earlier this year – I decided that ‘the cockroach catcher’ would be my holiday read (even though it was still only half way up the pile) – it was a good decision.

Am Ang takes you on a fine journey from his poor beginnings in China to his education in Hong Kong, his life and experience at medical school, his decision to enter psychiatry leading to a post as registrar at The Tavistock Clinic  and to his role as a consultant paediatric psychiatrist within the NHS (and many interesting places in between).

Dr Zhang had a common sense approach to the children in his care, intuitively finding the answer to their problems, cases ranging from sleep and toileting problems to those of anorexia, autism and psychosis - although towards the end of his career, red tape and ‘guidelines’ were to impact on his practice.

His book also gives insight as to how we as parents may influence the mental health of our children and how childhood is being medicalised when behaviours are due to lack of parental authority and/or guidance and are not psychiatric illness at all.

Although the back cover summary describes the book as a work of fiction, the contents are based on a good and a very real doctors’ journey through medicine.  It is a must read for all those either working in medicine or interested in child psychiatry and indeed childhood itself, and an invaluable read for parents who have concerns regarding their children’s mental health.

It is a fascinating well penned book with references documented in the footnotes and is available from  Amazon.  Visit the cockroach catcher here

Email ThisBlogThis!Share to TwitterShare to FacebookShare to Pinterest
Labels: books

When first viewing the fine painting opposite, there was not immediate inspiration and then I noticed the fellow at the bottom right hand corner.  Now he stands out as he appears to be thinking, whereas his colleagues appear to be to be lost in some awful blandness.

Viewing this scene reminded me of a post I had not long read at Bad Medicine and inspired, I wrote the below:

He thinks,
Therefore
He exists outside
The comfort zone
In which reside
Those who do not
Bend the rules,
Instead becoming
Slavish fools
To the dictates of those
Who profess to lead,
Control his every
Thought and deed.

He fights the system,
Will not conform,
Will not obey,
Become the norm,
Become a slavish automaton,
Where
Individuality is frowned upon
And freewill is all but gone.
………………………………

For those of you who do not read medical blogs, please visit BadMed and read Dr No’s post.   It deals with the aftermath of a particular ‘incident’ – I am not going to re-open an old wound, so visit blogs mentioned there and discover – which has led to a suppression of free speech.

You may notice that the majority of medibloggers in the do so anonymously and may wonder why this is.  Doctors are regulated by the General Medical Council (GMC), once led by the medical profession itself, but now a Government Quango and doctors are now very much policed.   In September the GMC held a poll in which opinion was sought as to whether the GMC should regulate doctors’ lives outside medicine.  How’s that for future policing?

Such is the power of the GMC, where independent thought is frowned upon, that doctors feel the need, the safety net of anonymous blogging.

Why do I blog anonymously?  For exactly the same reason, I love my job yet feel – quite strongly at times – that decisions are made (within the NHS); protocols initiated which actually harm patients.  I have a right, an individual freedom to say so, yet if I blogged under my own name – the nursing regulatory body (NMC) would consider I was bringing my profession into disrepute.

Fear is the driver of anonymous blogging.  Fear of losing ones livelihood.

We applaud those brave souls who have fought for their freedom in the Arab Spring, yet at the same time are allowing our own freedom to be eroded.  Independent thinkers are being gagged and the gag is becoming tighter.  As illustrated in Dr No’s post – we are even gagging ourselves.

This erosion of freedom, the freedom to think for ones self is being eroded everywhere.  Look closely into aspects of your own lives, notice changes and be afraid, very afraid!

With thanks to Tess at Magpie Tales for the inspiration.