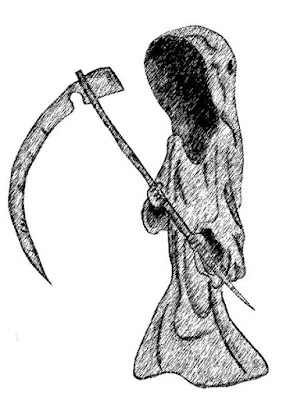 I don’t recall when I first began to think about death, my death, but I do know it wasn’t that long ago.  Until that time (whenever it was) although realising I was not immortal, I probably considered I was, for death was not a thing ever imagined, not an option, only life was.

My death thoughts probably were given to me by protagonists of other stories, stories that weren’t mine, stories based on the fear of tomorrow, stories of worries that a tomorrow wasn’t possible.  These stories, these worries are now mine, an unwanted gift, unwrapped and laid bare, scarring my soul.

He slies in the night
salt and peppering my hair,
seasoning the fall.

Shared with the good folk at Poets United, hosted by the lovely Mary – cheers Mary! 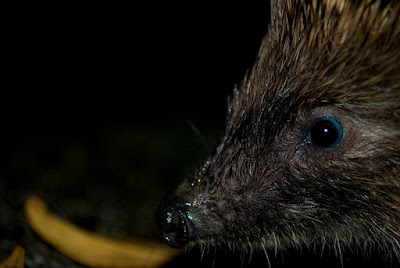 Air warms,
I stir,
awaken from my torpor.

“Watch out!” I cry
as I emerge into the night.

Kim at dVerse challenges us to write a new poem, of any length or form, about an animal in a human way or a human in an animal way, highlighting some trait of the animal/human that either sets us apart or brings us together.  Cheers for the inspiration Kim. 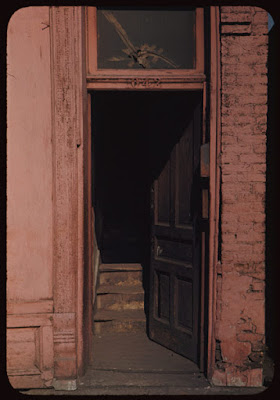 Brendan at Real Toads challenges us to write words which involve Doors and above is my offering.  Cheers Brendan!

Also shared with the good folk at Poets United.


The ocean our cosmos,
cast adrift we were
neath a myriad of stars.

Sun beats at our bodies,
salt sucks at our tongues,
wind chills to the marrow,
sea calls us and calls us,
bids us beneath it
and dampened our spirits
we wretched,
succumb.

Cast adrift we were
neath a myriad of stars,
the ocean our cosmos
and our hearts full of hope.

Susan (at Poets United) provides us with the prompt of Meteor Showers and asks us to take it where we will.  I am not sure the above is what was asked for – but it is what came to mind.  Cheers for the inspiration Susan!

Also shared with the good folk at dVerse OLN, hosted by the lovely Toni.  Cheers and Happy Birthday Toni!

Hell Cannot Be As Bad As This 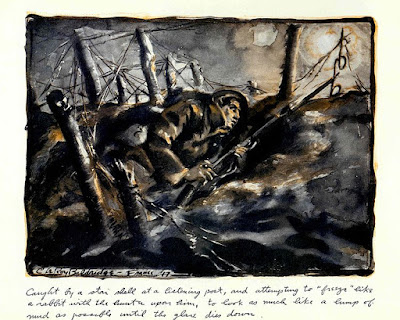 Hell cannot be as bad as this.

Entrenched,
I dwell amongst; exist amidst
a stinking mound of fallen men
who lie dead-eyed
in bubbling broth of shit and piss.
Earth moves as worms writhe
and feast on human flesh,
rats gnaw deep exposing bones
and in this mess a wounded soldier
groans and screams in unremitting pain
and longs for sweet release of death,
long lost his dream of going home.

Half-mad, I suck (the breath) in deep,
let it cling to chest lest it be the last I draw.
Sometimes when morning breaks like this,
illuminates lights up the carnage spread before
or in the black of night
when imagination plays its cruellest tricks,
I think death much more preferable to this.

What price this place in human life is made?
How many soldiers’ hearts must spill their blood,
lay still upon its soil its stinking mud
until its final cost is paid?

The assassination of Archduke Franz Ferdinand the catalyst for what was to become The First World War, the first mindless, global war brought about by the insanity of the treaty alliance system, the war to end all wars…

The of was the longest and one of the major battles fought on the Western Front and according to modern estimations the casualty count is in the region of 976,000.

The poem is composed of eye-witness accounts of life in the trenches found here and at other sites dedicated to The of .

With thanks to Tess at The Mag for the inspiration, also linked to the good folk at dVerse~Poets PubOpen Link Night.

(Apart from minor editing, the words are of the original post.  The image differs as upon searching, I found the original copyrighted.)

I first posted these words on 14/11/12, and have reposted today as they remain relevant to all who have sacrificed their lives in the terrible arena of that that is war.

War does not only touch our soldiers who battle conscripted or not, but also civilians, and the death toll, the carnage, defies imagination.

Of course I am anti-war, but realistic enough to realise that conflict is sometimes neccessary to uphold to defend that that is good, that that is right.   Unfortunately the conflict of war is more often decided on the greed of humankind, whether it be for territory or the control of hearts and minds or any other pitiful excuse.

We will never learn for like it or not, we are tribal.

(I wear a red poppy although my heart tells me white.)

(Shared with the good folk at Poets United.) 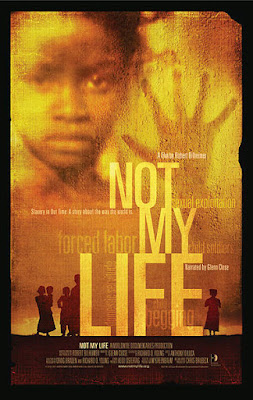 She wears attire that fails to flatter,
fancy up her bag of bones.
But no matter,   for her allure lies within for him
and those who rush to follow,
with their grubby hands and grubby minds,
for she is nothing more than nothing.

Once done they finger trace the lines
the needle tracks to crook of arm,
the foul evidence of ignoble gain,
their power play of bodies.

Sumana at Poets United has us writing of silence and above is my offering.  Cheers Sumana! 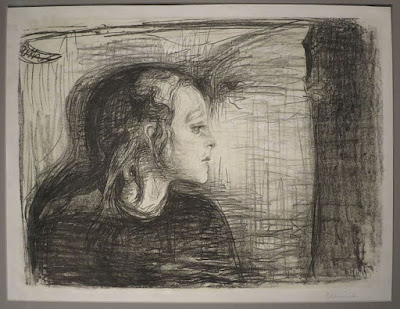 Skin translucent
almost transparent,
I see inside her.

And here sit I,
a useless helpless heartless mamma
wishing she would fade away.

Oh how I have called out His Name,
begged Him to take her love her take her,
gave her up in sweet surrender,

yet He seems to want her not.

How I would love to lie beside her,
cradle her in loving arms,
whisper that I will always always love her

while wishing she would  gently

Shared with the good folk at dVerse OLN hosted by the lovely Grace.  Cheers Grace!


3.11.17 (19:30)
In view of the kind concerned comments from Glenn and Frank (of which I thank them deeply for) I thought it right that I should add this note.

I wrote these words late last year after having been directed to a Facebook page in which a very caring father made the decision to publish a photograph of his four year old daughter who was in the last stage of cancer.

The photograph is very harrowing and haunted me for a long time.  It is true that opening up the page again (as I have not long done) has left me emotionally shattered and I have cried again.  However I am fully behind his brave decision, as we who have never been in this awful situation view childhood cancers as in the images that we normally see, of smiling bald little children with teddies and balloons and we are comfortable with that.  But the reality is far removed from that of happy little smiling faces.

Seeing Jessica’s picture last year reminded me of watching my dad die of cancer many moons ago, and the words I wrote are of him too and how helpless I felt at the time.   He was diagnosed three weeks before his death.  As any loving daughter would be, initially I was praying for him to live to be cured, but not long after, oh how hard and oh how often I prayed for him to die, to be relieved from the torment of his unstoppable pain.

I cannot even come close to imagining how I would feel if I had had to watch my child die.

It is essential that more money is poured into the research of childhood cancer.

Writing this has left me torn as to whether I should direct you to the page, but it is so that Jessica’s dad wanted the world to know the reality, the awful truth of childhood cancers.  I would suggest however that if you are emotionally fragile at present, that you do not open it.  It is here.