Inside, that still small voice hides
beneath the bundles of my goodest deeds,
my vain attempts at conscience salving.
Try as I might I cannot heal the wound that I have made,
those injurious words that cut you deep,
harmed the very heart of you.

You say that’s its okay that we all say words
that we regret when anger rises rules our tongue,
your selfless kindness marks you out above myself,
the selfish self-crucifying pity-me that I am.
Me, I wonder if I grieve for you,
the wound you bear, given as if some awful gift
or do I grieve for me, self-harmed am I in uttering words
that never needed saying.

You say that its okay, what’s done is done
and should not mar our friendship
that you have forgiven me and we should return
to how we used to be, before your trust in me was broken.
You are repaired now or at least you say you are, but me,
I can’t quite forgive myself and I don’t know what to do.

I don’t know what to do for (my) anguished heartfelt sorry
will never ever be enough, will not repair the harm I’ve done
to self-pitying little me.

For Susan at Poets United whose prompt word is Voice.  Cheers Susan!

Posted by hyperCRYPTICal at 21:19 9 comments: 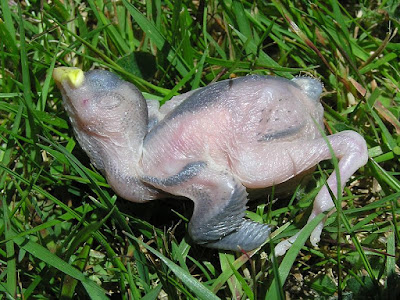 Look-see, a dead bird prostrate on the grass,
it’s a chick; grey, pink, her skin almost translucent.
Life didn’t last long, just fleeting, a featherless life.
She’s gone;  cats had her teeth in her maybe.
Possibly not – no discernible suffering…
Maybe she just spilled out of the nest
or maybe she just didn’t belong.

Also shared with the good folk at Poets United.  Cheers for hosting Mary. 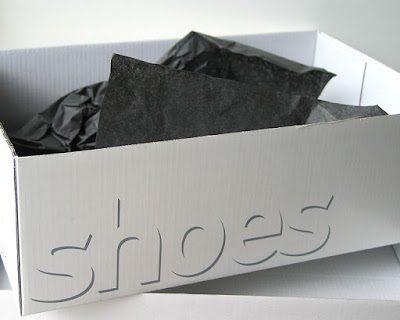 Shoes, orthopaedic, custom made,
casual style yet strong and sturdy, black and shiny,
Velcro strapped for ease and comfort, unworn and waiting,
pristine condition, still in the box.

He refuses to wear them.

Why walk when one press of the buzzer will bring
some ‘f*cking lazy c*nt’ to stand in waiting,
waiting for his pathetic demands as he lives out his sick role in bed.
I am so so sick.

I am too weak to walk he will bleat, refusing physio,
all interventions aimed at moving him forward – for why walk
when you have your servants to do all your bidding,
when you can’t be bothered to lift even your tiniest finger.

Malingerer, that’s what he is.  Or is he?

When he screams at you, calls you a f*cking lazy c*nt –
why does he do that.  Ask yourself, look at his past.
Look at his notes, read up his history and then you will know.

I wouldn’t like to wear his shoes either.
They would stay in the box.
Anna :o]

The above is a thumbnail of someone I knew, someone I cared for (and about) in my place of work.   (I am retired now.)   Despite his readiness to verbally abuse, be buzzer crazy, demanding of attention – I liked him and would give him at least thirty minutes of my time each shift.  We would chat, had a rapport, but that did not excuse me from the lash of his tongue outside these times.

Most presenting behaviours have a backstory… I knew of his.  I would not like to be him, stand in his shoes.

For Susan at Poets United, whose prompt is Shoes.

(I don't know why 'shiny' has given itself a line and I can't seem to correct it.)

Image:   Courtesy of  Wikimedia Commons
Author:  How can I recycle this

thread in the needle,
fix in the line,
feed me my poison,
show me you care.

Death has remarkable beauty
a wonderful exit,
though I can’t claim experience.

Show me your mercy,
feed me my poison,
kill me with kindness.

I have rights y’know,     You Don’t!
Conscientious objectors have no place in medicine.

Kerry at Real Toads offered the above image as a prompt, advising:  This challenge comes with a wide angle and any filter of your choosing.

And thus ‘I see you’ became ICU, and this article I had not long read at BioEdge threw itself in the mix, resulting in the above.  Cheers for the inspiration Kerry!

Also entered at Joy's 55 – although it would read better with 56…  Cheers Joy!