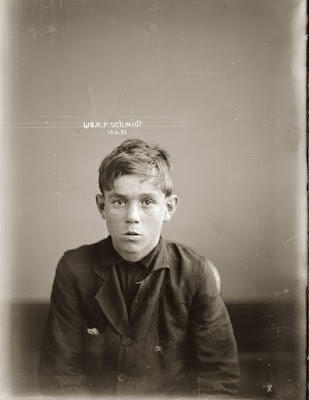 I’ve always wanted one, a gun that it is,
it’ll make me look (and feel) so hard and mean
an' all the gals, the gangsters molls
will be so keen to stride with me
as I strut along the city streets and dive into the shadiest of places.

An’ maybe if we dress up enough look tough enough
they’ll think we’re old enough to drink and so we will,
we’ll swill at it, the beer and gin an’ lap it up
an’ spill it down our fronts an’ laugh at it
an’ how we will be so admired by them not tough enough to carry.

An’ how hard we’ll be so old men quiver at our words
an’ buy us drinks an’ lend us money just to be their friends
an’ we’ll say okay mate friends just tonight, but you wont get it back
as we spend spend spend on beer an’ gin an’ the fattest of cigars.

An’ maybe we’ll get close enough an’ French kiss and stuff
an’ I’ll stick my hand right inside your bra
an’ you’ll breathe out the softest sexiest ahh an’ will hug me tight
an’ I’ll be so made up I’ll be orgasmic.
An’ we’ll get a room an’ strip off an’ soon my naked body next to yours
an’ we’ll do things I’ve only ever dreamt of doing so before

An’ there it was in the shop it was, the gun that is
all brilliant with its silver sheen and keen I was to get it
an’ looked around an’ confident I wasn’t seen
I slipped it smoothly in my pocket.
But seen I was an’ screamed an’ screamed “It’s mine, it’s mine”
as they whipped it from my jeans.

A lesson learnt perhaps as I now the mug being photographed
an’ pissed off I am realising I didn’t steal the friggin’
Smith an’ Western toy gun caps!  Bang!  Bang!
What a dreamer that I am!

Lillian at dVerse has us writing ekphrastic, which is attaching words to an image, these images a collection of vintage mug shots from the 1920s taken by the New South Wales Police Department which can be found here.

(I do think my close needs tidying up though - so will work on it.)