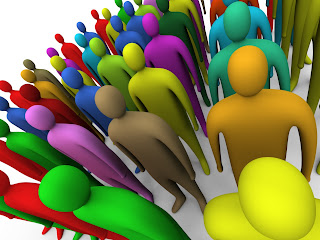 Surveys are great things! Pick the right group of people and you are almost guaranteed to get the required outcome. If you don't then it can be filed in the forgotten drawer.

The UK's Faculty of Public Health published the modified results of a survey yesterday entitled: Healthy Nudges - When the Public Wants Change and the Politicians Don't Know It. A summary can be found HERE and you can click onto the full survey at the bottom of the FPH page.

Furthermore, the classifications of social grades was devised decades ago and now fails to reflect how society has changed.

The sample size was 1,488 GB adults, yet this small sample of an estimated UK population of 61,792,000 in mid-2009 has been seen as large enough for FPH to declare that politicians don't know what the public wants.

If this survey had been a clinical trial it would stretch to four phases. Would it not have been fairer to perhaps conduct four surveys - ensuring a true representation of smokers and drinkers - and then done a meta-analysis on all?

As said, no problem with the outcomes of the survey, bar the opt-out system for organ donation - but I think it is rather bold of the FPH to suggest that the survey is a true representation of what the public thinks!

Thadeus.
Posted by hyperCRYPTICal at 23:48 No comments:

Email ThisBlogThis!Share to TwitterShare to FacebookShare to Pinterest
Labels: Faculty of Public Health

BURGER, FRIES AND A STATIN PLEASE!

Mmmmmm! I finished work at 7pm, went into town and visited my favourite burger bar! I ordered double cheeseburger, fries and a coke! Yum! Yum! I eased my fat, middle aged frame between chair and table and tucked in!

I didn't really! I came home and had a healthy meal of chicken and salad and I ate it after easing my fat, middle aged frame into the comfort of my easy chair!

I am sure he will be delighted - or will he? - by today's glad tidings reported here, there and everywhere that UK researchers have suggested that fast food outlets should consider handing out a statin to combat the effects of burger and fries and presumably any other "naughty foods!" Perhaps they might suggest gastric banding too when customers purchases their hundredth meal?

I am certain Big Pharma will be orgasmic and rubbing their hands with glee! They could not have dreamed it up themselves! Money, money, money!

But hang on! Is there not some concern regarding adverse events with statins? Pulse reports here that GPs are urged to use the lowest possible statin doses! Over the counter (OTC) statins here at 10mg doses are available at chemists. Add on a few (10mg doses?) at your local burger bar and if we get into this mindset of dosing after junk food - we could top up at home! The skies the limit!

Eat whatever we like - have a statin and Bobs your Uncle! Fat but fit! Healthy heart, less cases of oesophageal cancer - but maybe we might experience liver dysfunction, renal failure, cataracts or myopathy! Nah!

Email ThisBlogThis!Share to TwitterShare to FacebookShare to Pinterest
Labels: statins

The Liverpool Care Pathway (LCP) was introduced in the late nineties by the Liverpool Marie Curie Hospice and the Royal Liverpool University Hospitals NHS Trust palliative care teams. It is an integrated care pathway; its aim is to better equip those who care for patients in the last hours or days of life with necessary skills and in doing so, enable a peaceful, pain free death.

The LCP Continuous Quality Improvement Programme incorporates the following aims:
The aims are laudable and provide holistic care to those at the end of life, and I am certain that it offers a peaceful, pain free release to those in the process of dying. Originally developed for the care of cancer patients, it has since been adapted for patients with other terminal conditions. It is now used in hospitals, hospices, care homes and within the community.

But with all good things, it is open to abuse. Disquiet is in the air. Adrian J. Treloar, physician expressed concerns' in the BMJ here in 2008 and Ronald J. Clearkin here in May of this year. Prof. Peter Millard, Dr. Peter Hargreaves et al wrote to The Telegraph here in September last year.

The LCP is a tick box document despite Marie Curie's insistence that it is not. The following criteria must be met before commencing the LCP: the patient must be bed-bound, semi-comatose, only accepts sips of fluid and is unable to take tablets. I have read over and over again while researching that diagnosing dying is not always easy.

"If you tick all the right boxes in the Liverpool Care Pathway, the inevitable outcome of the consequent treatment is death."

Experienced doctors know that sometimes, when all but essential drugs are stopped "dying" patients get better."

Please note: The total number of people receiving continuous deep sedation is twice the rate of the Netherlands where there exist a culture of a casual approach to death and legalised euthanasia. At times, is the LCP euthanasia by the back door?

WHO IS PLACED ON THE LCP?
In 2009 a survey by the Royal College of Physicians and the Marie Curie Palliative Care Institute in Liverpool obtained details of almost 4000 treated on the scheme in 2008 and found:

The average age was 81 and they were typically on the pathway for 33 hours.
39% suffered from cancer, while others had conditions such as stroke, organ failure, pneumonia and dementia.

More than a third were given sedatives and four out of five did not need intravenous meds or fluids - or had them withdrawn,

28% of relatives were not informed that their loved one was on the pathway.

However, this survey found the implementation of the pathway encouraging, highlighting only that information - or the lack of it - given to relatives needs addressing.

CONCERNS REGARDING THE INEXACT SCIENCE OF FORCASTING DEATH
Please read the following two articles: one two . There are several more stories on timesonline but unfortunately they won't 'save.'

When our residents are admitted to hospital, it is mostly with a diagnosis of pneumonia. As said in my first post on Anticipatory Care Planning - forecasting who will placed on the LCP is almost an exact science in my work place! Will they end up on the LCP or won't they? It depends very much on the support system of relatives; if your relatives are strong and will fight for you - it is doubtful that you will end up on the pathway; if your relatives are compliant and open to suggestion or you have no NOK - the odds are you will be placed on the pathway; if you have behavioural/management problems - you will be sedated and thus will cease eating and drinking and will be placed on the pathway; if you can't feed yourself and have no strong support from relatives - you're screwed!

If any of the aforementioned applies and you are young - the odds are you won't be placed on the pathway. Being old definitely works against you.

Prof. Peter Millard has said: "The risk as this is rolled out across the country is that elderly people with chronic conditions like Parkinson's or respiratory disorders may be dismissed as dying when they could still live for some time."

The problem with the LCP is that it focuses on the initial decision as to whether the patient is thought to be dying. If the answer is "Yes" then the entire process becomes automatic. "How can we make you comfortable?" has become "This is how we will treat you while you die." It is an ethical shift.

When used as it should be - and hopefully this is most of the time - the LCP is a fine, wonderful thing. But I fear it has become tainted.
Anna G