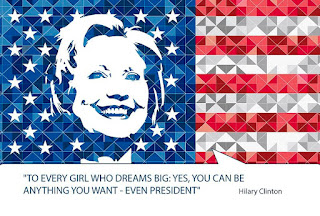 No hygge for me as I click in the meter key
before the lights’ go out.

Alt-right is not alright, it’s not me,
just needing  change does not make me a demon,
does it?

Voting for change is the only power that I have.
Have you woke up yet?

Mama Zen at Real Toads has us writing (in seventy words or less) our thoughts using words from the Dictionaries words of the year and above is my offering.

Hygge - A quality of cosiness and comfortable conviviality that engenders a feeling of contentment or well-being, regarded as a defining characteristic of Danish culture

Alt-right - An ideological grouping associated with extreme conservative or reactionary viewpoints, characterized by a rejection of mainstream politics and by the use of online media to disseminate deliberately controversial content

Jeez, I worry about ‘Alt-right’ and the assumption that those who reject mainstream politics are by definition – right wing.  (How easily we have accepted/swallowed this word - differentiating us from them.)  Our corporate masters – those who govern us, our politicians - continue to rule (by defamation in words) those who seek change, seek to be a heard voice, seek the right to exist in ‘hygge’.   It appears that the have-nots, the disillusioned (including the intelligentsia) have no right to a voice and if they should utter – they are demonised.  Those who rule have power over the ordinary folk (us) and it is up to us whether we bend with them or stand upright and be counted.

I live on the other side of the pond and do not pretend to understand the razzmatazz of American politics – it is completely alien to me.  The elections were well televised over here and Trump came across as an ego-driven nutter whilst Clinton came across as a self-opinionated warmonger who was completely out of touch with (perhaps) 50% of the electorate, her people, Her pointy-finger, snarling at the ‘deplorables’ almost certainly pushed the vote towards Trump.   Her arrogance (egocentric) was the agent of her failure – her failure to understand the needs of her people.  Her arrogance pushed her people into a corner, a corner of which they have come out fighting , many fighting blinded, that is blinded by the  ‘truth’ of Trump.

And now there is the shit, the total right-wing shit where those who are indeed deplorable have been given a voice a right to exist by Trump – and (possibly) soon, all hell will break loose.   I fear for this world of ours.   I fear the manipulators’ who play on the fears of the electorate, the electorate governed – and to much part ignored –by the business that is politics.

On this side of the pond is the Brexiteer   (A person who is in favour of the withdrawing from the European Union) and (for the first time ever in Blogland) I will admit to being one.  I voted exit for totally valid reasons – but those remoaners would have me a half-wit, a racist, a bigot and would have me a totally ignorant swine.   But I am none of these nor are the ordinary folk and the intelligentsia that voted with me.  Label someone and they come out fighting – but I didn’t – I never ever believed the shit of Farage.  I didn’t vote for Farage – I voted for exit.  And (politics) would suggest that in time the will be the first of many.  is fed up of being a business where real people don’t count.  We do – woke up politicians, don’t at your peril.

Woke up world, see the seen injustice.  The little man – whether he knows it or not will win, win as the loser (he seems to be), maybe by those who do harm by manipulating the fears of those who have no voice, a voice in the wilderness waiting to be heard.   Politicians listen to your people, all of your people – woke up !

Off my soapbox now – but I seriously worry about this world of ours.  Discuss?

Image:  Courtesy of Wikimedia Commons
Posted by hyperCRYPTICal at 01:15 10 comments: 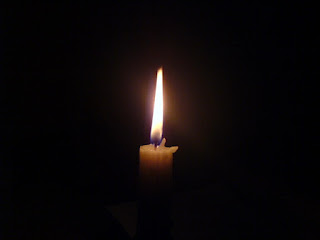 You leave lights on everywhere,
an unconscious graffiti scarring the night.
Yesterday pales into insignificance,
becomes the thrill of tomorrow.
The world weeps and you sit on your hands.
Where will you be when the lights go out?

Isadora at Real Toads has us writing future/tense as in our uncertainty of tomorrow and above is my offering.  Cheers Isadora!