And Then They Came 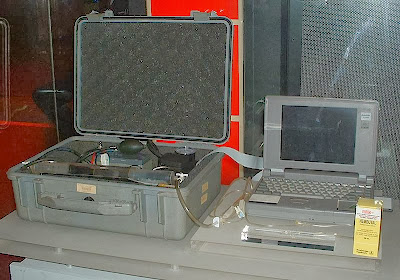 July the fifth
and I scribe in his name
in ink and hope
and think I’ll go mad;
a whole month to wait
before we meet,
before we meet
on that dreadful day.

This date has significance,
for him for me,
a sad anniversary of a time
when fate decreed
we both should be there
upon that street,
upon that street
when strangers came.

They came in ships
of brilliant gold,
the skies their sea
this Earth their shore
and how in awe we were
of tales they told
of how they would set us free,
release us from this hell of war.

We weary of the battle then
welcomed them with open arms,
these saviours from some distant world
who would quell our pain
and free us from our Earthly bonds
and they whispered in our ears their names
and their names are Yutha Nasia.

Twas some time ‘fore we realised
on some dreadful dawn
that although we, imperfect born,
deserved and so desired to live.
Yet Earth had changed
lost all humanity
and man joined Yuthas’  battle cry:
Give the marred their rights
and let them die!

Twas soon we lost all hope
as mankind slid down the slippery slope,
and now we have no rights at all
and today we both received the call
and soon we shall be no more
as death waits for us at the door,
the door of Yutha Nasia.

at dVerse asks us to consider time.  She writes:

Today, I invite you to consider calendars. You might want to look at your own Planner from 2013, choose a day and let it tell you a story. Or maybe, check out a wall calendar and let the art speak out to you (I’m looking at a little-known painting by van Gogh as I write this.) Consider time. What messages do you receive from the changing seasons? If you’re into astrology, perhaps you will find inspiration in one of the signs…your own or a loved one’s? How has the passing of the years (otherwise known as aging) affected or changed you?

I keep neither calendar nor diary as I just remember everything.  Well not strictly true as I forget birthdays and anniversaries’ – even forgot my son’s birthday twice – how bad is that.  But everything else I remember.
So I just wrote a date and let it take me where it wanted – although I never expected where it took me.

I have great concerns regarding the slippery slope of what euthanasia has become and I may or may not have witnessed non-voluntary and involuntary euthanasia.  Further reading can be found below.


The euthanasia machine was created by Dr Philip Nitschke
Posted by hyperCRYPTICal at 01:26 22 comments:

Viviparous, they so primitive,
entombed they are in womb of glass,
he smiles and shakes hard the jar
of funny little human things.

At five, a passel as a birthday gift,
Inquisitive
he had watched them breed and grow and thrive,
watched awe-struck as procreation
brought alive his little alien nation,
housed as they were in vivaria
that sat pulsating on his bedroom desk.
He had marveled at their industriousness,
their efforts to achieve betterment,
yet this noble occupation bent/
thwarted by inherent base
need/desire of war,
a slaughter of its own innocents.

He sadly observed that they did not value life
yet this knowledge served his purpose well.
No longer would the surplus feed
beasts that slithered belly down,
instead,
the budding entrepreneur would spice them dead,
create a pickle for discerning connoisseurs.

He shook the jar again, watched them swish
as if they had become some sad foetuses
awaiting birth from pickled death.
He picked one out and with bated breath
awaited its deliciousness
and disappointed not he marveled at his own creation.

Björn at dVerse has us writing sci-fi.  The above is a re-write of a micro story (that lies in a now dormant blog) I wrote in May 2011, a re-write in the form of poetry.

I love sci-fi – well not the rubbish stuff – and read Isaac Asimov when a spotty teenager.    Loved watching the Outer Limits, The Twilight Zone and Dr Who.  I loved them because they scared me silly.  (I had a plan should a UFO land when I out alone – I would run head first into the nearest brick wall…!)

The micro story and thus the poem are based on the notion that this universe and this Earth on which we live, exists in some distant galaxies equivalent of an ant farm… 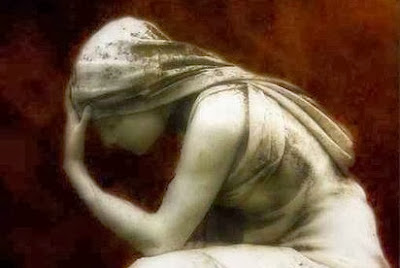 Were I not ensanguined I would bleed pity into your callous heart.
*
Blunt rejection implodes ego, hate blurs self-perceived kindheartedness
*
Excised heart lies cold upon the butchers slab, revenge keeps it beating.
*
Revenge best eaten cold, hell no; pray hard, there’s fire in my belly.
*
Belly full of you, I spill memories until I run on empty.
*
Empty, I am yesterday; tomorrow has no need for warm embrace.

Gay at dVerse has us writing American Sentences, these an American haiku invented by Allen Ginsburg.  Each line/sentence consists of seventeen syllables and should tell a complete story.

To Those Who Would Dishonour the Dead 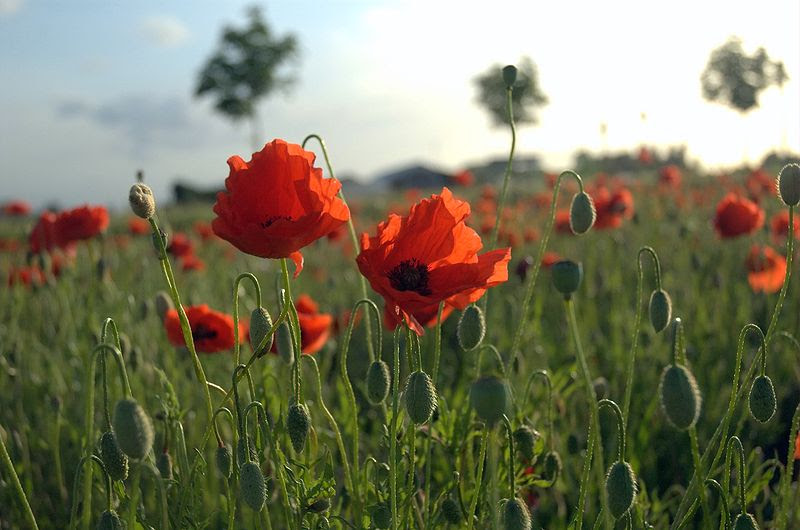 I, too, saw God through mud–
The mud that cracked on cheeks when wretches smiled.
War brought more glory to their eyes than blood,
And gave their laughs more glee than shakes a child.

Merry it was to laugh there–
Where death becomes absurd and life absurder.
For power was on us as we slashed bones bare
Not to feel sickness or remorse of murder.

I, too, have dropped off fear–
Behind the barrage, dead as my platoon,
And sailed my spirit surging, light and clear,
Past the entanglement where hopes lie strewn;

And witnessed exhultation–
Faces that used to curse me, scowl for scowl,
Shine and lift up with passion of oblation,
Seraphic for an hour, though they were foul.

I have made fellowships–
Untold of happy lovers in old song.
For love is not the binding of fair lips
With the soft silk of eyes that look and long.

By joy, whose ribbon slips,–
But wound with war’s hard wire whose stakes are strong;
Bound with the bandage of the arm that drips;
Knit in the welding of the rifle-thong.

I have perceived much beauty
In the hoarse oaths that kept our courage straight;
Heard music in the silentness of duty;
Found peace where shell-storms spouted reddest spate.

Nevertheless, except you share
With them in hell the sorrowful dark of hell,
Whose world is but a trembling of a flare
And heaven but a highway for a shell,

You shall not hear their mirth:
You shall not come to think them well content
By any jest of mine. These men are worth
Your tears: You are not worth their merriment.

To Those Whow Would Dishonour the Dead

One single shot shattered fragile peace
and your country needs you,
needs you now,
needs you to spill your blood and guts on foreign soil.

There are empty places at the table,
lineage as broken as the beating hearts he left behind,
no progeny to bear his nose his chin his eyes.
Do you remember him or does he lie forgotten?

There are those amongst us
who would have us turn our backs
against those sacrificial lambs that,
ripe for slaughter
fell to earth for king and country.

To you who wear proud
your badge of smug self-righteousness
I ask:
When they first come for the socialists,
will you speak out?

Lest we forget;
know of those whose fallen bones
lie lost beneath the sod of foreign fields,
where poppies bleed in awful grief
and give gentle nod of reverence.

I will remember.
Anna

First they came for the communists,
and I didn’t speak out because I wasn’t a communist.

Then they came for the socialists,
and I didn’t speak out because I wasn’t a socialist.

Then the came for me,
and there was no one left to speak for me.

Remembrance Day is a memorial day to remember members of the armed forces who died in the line of duty.  It is not a glorification of war; it is a day to honour the dead.
Please don’t politicise it.
Also remembered, all civilian causalities and all those who through the death of civilians and armed forces personal were never born.

There Will Be No Spring 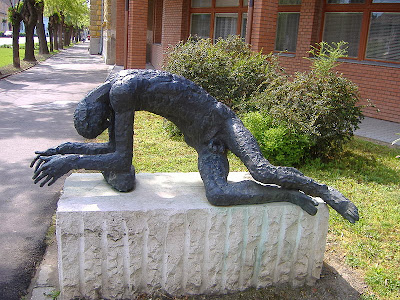 There is an air of neighbourliness here;
it is a mere pretence, a sham.
We nod, exchange pleasantries,
share small talk as I walk the dog;
watch (and mention) his hard labour
as he  cuts a swathe through evergreen

and he seems a little distant now.

We live our solitary lives
preferring the comfort of our own potting sheds,
there is necessity of order here,
we choose what will live and bloom
or twist out and die.

We have our sanctuaries’ our ’
guard ourselves against the possibilities of harm.
We, victims of our own defences become a garden full of weeds.

We had talked some time ago;
he told me of his blight, proliferation of disease.
He had hope then, an optimism.
He would lend himself to those with greener fingers,
they would tend him and he would thrive again.

The seasons pass and he has a look of autumn,
a withering of summer.
He tells me the laurel will not outlive the winter
and crestfallen his sad smile flutters to his feet.

MLM at Mindlovemisery has us trying our hand at prophecy.  Sadly the prophecy is that of a near neighbour and I fear he might be right in that he, the laurel will not outlive the winter…  Not quite sure the above is what MLM had in mind but after talking to my neighbour a few days ago i felt compelled to write of our discussion and I honestly think I did so to cope with my own felt inadequacy.

(Also shared with the good folk at Poets United)