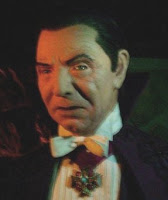 Your haemoglobin level is fine (she says)
(she takes his hand and leads him to the bed.
Inside (her mouth) tongue licks curls round her fangs.)
Jump up, lie down (she says and strokes his head).
(His heart bounces at the very touch of her,
he knows he loves her – he has all the time.)

She wraps the cuff round his arm, pumps it up
locates the median cubital vein,
needle in, gravity fed blood leaks out,
four hundred seventy mls   drip drip drip,
(she licks her lips at the very sight of it),
needle out, Rest now (she says with soothing calm.)

He rested now and tea and biscuits downed
he ever shyly looks across at her.
(I will drink well tonight (she thinks but says))
Well done kind sir you are spectacular,
your hundredth donation today!  Well done!
We’re indebted to you Count Dracula!


Mary’s challenge at dVerse is to think of and compose verse round a character of modern day mythology.  She writes:

“Reinvent that character! Find an unexpected situation in which to place your character; and perhaps tweak his/her personality a bit. When you put your character in a situation, determine what will happen next.  Go from there…….  Hopefully, steer your poem in some kind of thematic direction.”

Image: Courtesy of Wikimedia Commons
Author: 2112guy; cropped by Before My Ken 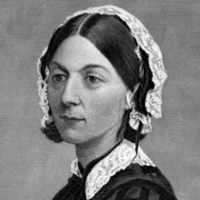 O Nightingale, ye come fresh-faced wide-eyed,
qualified to offer care, tend the sick,
but find forms to be filled, boxes to tick,
wards short-staffed over-stretched thus care denied.
Hush now, do not speak out for woe betide
those who whistleblow stir staff politics,
bear bullying, a raft of dirty tricks,
face a culture of fear as standards slide.
Principles stopped, burnout a means to cope
distance your self from your own sad despair,
demoralised fall the slippery slope,
accept management fiscal doctrinaire;
no longer fight for there is naught of hope,
the only way to cope is no longer care.

The above is (very) loosely based on ’s Sonnet 1: To A Nightingale and it came to mind (thanks to Sam at dVerse) as I was attempting to compose a post re safe (nurse) staffing ratios here in the .

“The Inquiry found that a chronic shortage of staff, particularly nursing staff, was largely responsible for the substandard care. Morale at the Trust was low, and while many staff did their best in difficult circumstances, others showed a disturbing lack of compassion towards their patients. Staff who spoke out felt ignored and there is strong evidence that many were deterred from doing so through fear and bullying”    and

"It is now clear that some staff did express concern about the standard of care being provided to patients. The tragedy was that they were ignored and worse still others were discouraged from speaking out."

It is of great concern that those in management (at that time) have not had much blame laid at their door or indeed appears to have suffered any penalties, instead being promoted to other positions of ‘trust’ – read of it here at The Cockroach Catcher blog ( who muses “Did things just happen or was there a master plan?”)

Does management no longer lead by example...or perhaps they were at Mid Staffs...?

However our dear health secretary Jeremy Hunt (or something that rhymes with Hunt?) has decided much of the blame lies at the door of nurses and training to care is imperative…  (Although I accept that some who have chosen nursing as a career are (by their very nature ) not very nice (and would have flourished at Mid Staffs) it is my contention that burnout was a major factor.)

IF YOU DO CARE AND WANT TO DO SOMETHING ABOUT IT – PLEASE SIGN THIS ePETITION CALLING FOR MINIMUM (SAFE) STAFF NURSE LEVELS.  PLEASE DO - OR ANOTHER MID STAFFS MIGHT HAPPEN AND MIGHT BE HAPPENING NOW…

With thanks to Sam at dVerse for the poetic inspiration.  Thanks again Sam!

I have languished for too long a time
twixt mighty tomes and books of rhyme,
mixed with The Brothers Karamazov
met Madame Bovary, visited Vanity Fair,
saw What Katy Did and did so love Jane Eyre
(oh I dreamt of that woman,
Imagined her in robes of virgin white,
face lullabied in loose brown hair) –
she once so well read so now edgeworn
with crumpled spine and pages torn.

But I am made of stronger stuff and stand erect,
slip cased hard backed, so very fine.
Unread I have stood the test of time,
yet yearn for men to turn my page,
read the secrets hid between my lines,
savour boards unhinged from once sturdy spine
as those hungry for my words
find wonder 'neath my pristine cover
as they  hungrily turn leaf on leaf, beguiled.
those wonderful  wonderful bibliophiles.

Anna’s task at dVerse is to write a poem imagining oneself as an object.  She writes:

"My name is Anna Elizabeth Graham and I’m your host today for Meeting the Bar: Critique and Craft. I am asking you to experience what Coleridge called, ‘a sort of transfusion and transmission of my consciousness to identify myself with the object’. Along these lines you may write a persona poem, an ode to an object, about the concept of negative capability or demonstrate it in other ways. Use another’s language, world view, turn of phrase, or style. And in the words of Mary Oliver, ‘I would rather see an ambitious though rough poem than a careful and tame poem’ so be brave and take some risks today."

Nothing came to mind when first reading the prompt, but when out in the great outdoors today (with no pen or notebook) I began to imagine myself as an unread book and above is a as much as remembered draft of my thoughts.

Not certain it is what Anna had in mind – but I hope so! 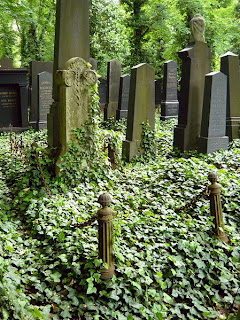 Our brief histories
etched upon our stones,
we lie
(waiting)
beneath this earth
on which in life we trod.
Crosses, rings,
our earthly things
remain, remind, rest
amongst our arid bones.
We pray eternal
for past sins to be atoned
and await the comfort of our God.

What do you think happens after death?

Do you think we cease to exist or do you believe we have a soul; the spirit of who we are that lives on after our death?   Do you believe our soul; our incorporeal self ascends to Heaven after our life on Earth?  If so, which Heaven (so many to choose from – some permanent – some not)?  Which religion has got it right?

What if there is no God, no Heaven and our souls (if you believe we have one) are stuck here on Earth forever?

Entered at dVerse Open Link Night, hosted by the lovely Grace.  Thanks Grace!

Image: courtesy of Gampe  at Wikimedia Commons.
Posted by hyperCRYPTICal at 20:39 31 comments:

It was here,
long ago in time before,
Earth wept a sea of salty tears
and from within
this briny broth, a genesis,
and life began, emerged,
crept inquisitively upon the shore;
primitive,
it evolved became mankind

With thanks to Tess at The Mag for the inspiration.
Also entered at dVerse Open Link Night - hosted by the lovely Claudia.
(Would love to share a cup of tea Claudia!)
Posted by hyperCRYPTICal at 08:06 33 comments:

Self-pitying
he wears his misery
like a too long overcoat.

He is her plaything,
she is fickle, she doesn't care,
she will finish it tonight
and that’s for sure.

She plays her games.
Sultry, she pouts,
twirls her finger through her hair;
whispers come to bed with me.

When it’s over she says it’s all over
and he cries.
I don’t love you anymore she says,
wipes sad tears from his sorry eyes.
She cleaves him to her breast
I don’t love you little puppy dog
she whispers callously.

Miserable
he puts on his overcoat and leaves.

Thanks to Tess at The Mag for her excellent prompt.
Posted by hyperCRYPTICal at 10:11 21 comments: 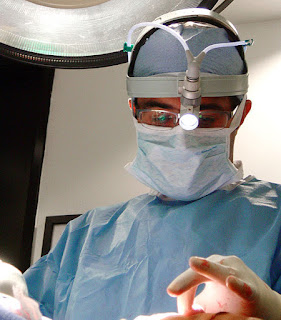 He will paint again.


Advancing age – does it do any other (?) – has treated my face very kindly – not elsewhere (bits dropping off left right and centre) – that is, until of late.  It is true that the crows have not (yet) stamped their feet (leaving unwanted impressions), but tis true that my nasolabial and melolabial folds have recently come out to play…

I have always proclaimed that I would not consider a facelift (rhytidectomy procedure), dye my hair (odd grey hair here and there) and would grow old gracefully.  But now and again, I stand in front of a mirror and pull up my skin near my ears and like magic the lines disappear and damn it, I like it…

So, I googled ‘Rhytidedectomy’ this morning and decided ‘No’ as the only procedure I would consider is the mini facelift as it is the least invasive – but I am not ageing prematurely and its effect only lasts for six to twelve months…so I wont – I will let my history map my face as I grow old…gracefully…

Fred at dVerse has us writing micro-poetry of twelve lines or less, and so my little effort is about lines…