I cannot make myself thin,
no sin-eater I,
I cannot devour
past transgressions,
cannot lay
the feast of me
on naked breast -
grist to the mill
for those who chatter.
No matter,
(for now)
I will bear this load,
add fat to my lean.

Occasionally,
conscience pricked,
I peck at me like
some mean eyed gull,
let hot blood run red,
try to pick clean my guilt
of loving you - but fail,
cannot let you go,
remain hungry
for the love of you,
want to eat you up,
get fat on you.

With thanks to Tess at The Mag for the inspiration.  Also entered at The Poetry Pantry at Poets United – thanks Poets United

Email ThisBlogThis!Share to TwitterShare to FacebookShare to Pinterest
Labels: Infidelity

Grey day inks
into the blackest night,
sleep elusive,
I think of you,
remember,
and heady
with the scent of you,
I search beneath the sheets,
find emptiness.

I have tried so hard
to erase you from my mind,
suppress
the pain of longing,
but find
I’m saying “Yes” again
as I long for your caress again,
as I live within
the ghost of you.

I do sleep a while,
world weary, unrefreshed
I rise,
press feet
into waiting slippers,
try to warm the chill,
heat coffee pot.
I want to smile again,
see sunny skies again,
be glad again.

Blue skies elude me,
all I see is grey,
I think of you
and all I can be
is sad again.
I try to rouse my spirits,
wonder how
my mind can be so empty
when it’s so full of you,
I fear every lonely moment
but most of all fear myself
as I sink deeper in this gloom.

The ghost of you
infiltrates my very being,
roots out, stirs each emotion.
I have this notion
that if I could rid myself
of you,
extinguish memories,
snuff out your flame,
I could be whole again.

But fear is real,
for without you
I have nothing
and I shed tears again
as I softly
call out your name.

With thanks to JP at Olive Gardens (Poetry Picnic Week 30: Doubts, Fears, Inhibitions and Hesitations) and also posted at The Poetry Pantry at Poets United – thanks Poets United!

Image: used with the kind permission of the cockroach catcher at flickr. (The Cockroach Catcher Blog can be found here!

Email ThisBlogThis!Share to TwitterShare to FacebookShare to Pinterest
Labels: Depression 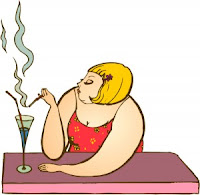 They come;
those harbingers of death,
the underclass
who fouled
with the most
malodorous breath
infiltrate the very core
of the sweet,
the innocent, the pure.

Particulates expelled
with every demon puff,
mainstream and drift smoke
pollute the very souls
of those so pure,
so clean, so whole,
and were that not enough,
the smokers
cry of their rights
when isolated
in their leper groups
outside of office doors,
or smoking booths
outside pubs and inns
as if they should be
absolved from their sins,
their sins of selfishness
as they spread disease
with every dirty stinking
exhaled breath.

They come,
those harbingers of death,
those much maligned,
much stigmatised,
denormalised
to seek their fix,
their filthy weed,
their cancer sticks
to find their demon
now behind shuttered doors,
for it decreed that no more
should they be on view
for we all know
of the harm they do,
they bring disease
and kill our kids
and it is right
that society rids
itself of these evil folk
who insist upon their
right to smoke.

If you are a non-smoker – and I mean a normal human and not the rabid anti-smoker zealot – and you feel it is your right to socialise in restaurant or inn free from my smoke – then I am a 100% in agreement with you (for despite being a smoker I consider myself a fair normal human being) but would ask do I not have rights too?  It would not be a problem for me (and you I am sure) if there were smoking and non-smoking establishments and we could both exercise freedom of choice.

I do not have a problem with smoking bans on public transport, in the workplace and other sensible legislation – but I do resent that I am being denormalised.

My current reading is The Death of Humane Medicine and the Rise of Coercive Healthism (Petr Skrabanek) and will admit that (for the purpose of this post) I had to jump ahead for his views on ‘Lifestylism’  and “Damned tobacco” as I had not yet read that far.

“Smoking together with drinking and fornication, has always been a mote in the eye of the virtuous.”

“In recent American health propaganda, smoking was described as ‘second only to nuclear annihilation …”

“Smoking is a complex behaviour, with little understood neurophysiological and psychological mechanisms.  A smoker of 20 cigarettes a day for 50 years will smoke 365,000 cigarettes, which, if laid end to end, would stretch 30 kilometres.  Assuming an average of 15 puffs per cigarette, the smoker inhales five million puffs.  With the alleged 5,000 poisonous substances in smoke, he receives 25 billion doses.  What is surprising is that many smokers survive this chronic poisoning relatively unscathed.”

(I will have received 15 billion doses of alleged poisons and yet I remain healthy, my children grew up in a two smoker household (I did give up when pregnant) and now smoke themselves and are healthy.  (This is not a blind denial that smoking causes disease – for I have no doubt it does – but there is much manipulation by selection or omission in research to achieve required aims)).

You may have no problem with coercive healthism, you may want to live for ever – but you won’t – and if you do away with “… every eatable, drinkable and smokeable which has in anyway acquired a shady reputation.” (Mark Twain) you might, but probably won’t, be so bloody healthy you will have to be shot when you have outlived your usefulness – but I doubt whether you will be happy.  You may want to pop whatever pill is prescribed to you under the guise of preventative medicine – see here at The NNT re statins – but what of their chemical composition, what of their adverse side effects?  (I would like to give personal opinions and observations on this (relatively) new opium of the masses – but wont, not yet.)

However – believe it or not – this post is not the stance of a rabid, selfish smoker but that of a person who is afraid, so very afraid of the rise and rise of coercive healthism and the deliberate denormalisation of sections of society deemed irresponsible by those who deem themselves superior and would direct our very lives.

This is a post of a person who is so afraid of bias in and deliberate selection or omission presented in research as a means to give credence to a prevailing point of view.  Alcohol and obesity are already on the agenda for denormalisation.

This is a person who is so very afraid how most of us allow (for we have nothing to hide) our government (of whatever colour) to make inroads into our right of privacy in the name of security – CCTVs and data collection (phone and web surveillance) immediately spring to mind.

This is a person who thinks of book burning in Nazi Germany and eugenics and the destruction of those considered imperfect and wonder why we do not see parallels here expressed in our present society.

This is a person who decades ago thought her husband bonkers when he talked of the ‘thought police.’  He was not bonkers; I was, for I did not see the insidious creep of control of our very thoughts and lives.

Imperfection
seeking perfection,
never quite good enough,
feathers ruffled,
you shut me out.

I should not answer back;
show my strength,
strength is my weakness,
enough to gain your wrath.

You need a perfect boy,
a boy grateful
for your love
and I am never quite
that good enough,
I always fail you,
make you cry.

I cry alone,
for alone is what I am.
I have no-one but you
and I always disappoint.
You smother me
with your
smother mother love,
tie me to your apron strings,
stifle who I could be.
Imperfection
creates imperfection,
the imperfect me.

I fled your apron strings,
tried to untie the knots
that clog my mind,
attempted
to reconstruct the boy
who was never allowed to be,
I just wanted to be me.

I have failed again;
I cannot break free,
tied to you
in some unnatural way.
I hate you
yet I long
to earn your love,
be the perfect boy,
your perfect little man.

Always
the cuckoo in the nest,
I will never quite belong.
But I am home mother,
shoes lain outside
in reverence.
Smother me
with your love mother,
smother me.

“Being unwanted, unloved, uncared for, forgotten by everybody, I think is a much greater hunger, a much greater poverty than the person who has nothing to eat.”“
(Mother Teresa)

Some of these folk are the mothers of these smothered children and when relating their history they talk of feeling/being unloved by their mother and their need to compensate for their perceived/real neglect of maternal love by overwhelming their children with not only their own love but also that denied them by their own mothers.

However this love is never unconditional, always conditional on the child being totally dependent on and eternally grateful for this imperfect gift of the deepest felt yet the most destructive kind of love.

Talk to (the adult) children of these mothers and almost always they will talk of oppression, manipulation and tellingly, reveal that they themselves felt unloved and that they hate their mother.    Many of these (adult) children have mental health problems of their own, resultant of their existence within a dysfunctional family.

They talk of how they will never allow their own children to experience their emotional stunting, lack of nurturing and unconditional love and vow to love their children oh so very, very much.   And the cycle continues…

If you would like to understand more of how parental behaviours impact on the mental health of our children, a recommended read  is “the cockroach catcher” authored by the excellent Dr Am Ang Zhang.  He also has a blog just here!

With thanks to Tess at The Mag for the inspiration and also entered at Poets United ‘The Poetry Pantry’ – thanks Poets United!
Posted by hyperCRYPTICal at 19:27 42 comments: