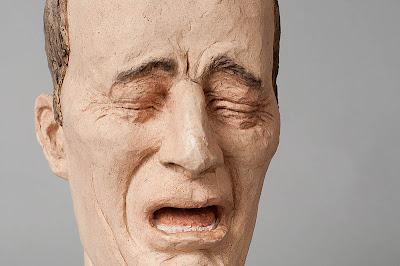 He observes; he picks at it, the scar that is, that is the wound.
Deep inside, scars mar his soul, his sense of self sutured with flimsy lies.
Fingernails rip, wound raw and bleeding, this is me he cries, lonely, needing.

He observes; she cleanses it, the scar that is, that is the wound.
Deep inside, collagen knits, heals the wound – if only fleeting.
She leaves him, attention gone, he whispers silently remember me.

He lays there, picks at his soul that is the scar that is the wound.
Deep inside, the emptiness of loneliness leaves him bleeding.
He plans now, crashes to the floor help me he cries, wanting, needing.

He lies there, they pick him up, return him to bed, scowls scar their faces.
They observe, do not see the wound, his emptiness, offer no healing.
Abandoned, he screams deep inside, screws himself up, self-debases.

The buzzer goes; it is bed twenty-two.  It is him, the entitled demander, the attention-seeker, the saboteur.  He will complain of non-specific pain, generalised here there and everywhere and demand analgesia.  He will demand that you carry out some trivial task for him – he can’t (he is’ too ill’) – you say you can’t now as you are busy helping someone else –‘What about my needs?’ (he seethes) – you say you are sorry and you will return ASAP – he hurls verbal abuse at you.  You leave but before you have closed the door – he buzzes again.  You set the boundary – I will ignore your buzzer until I have finished helping patient X.  ‘Well, f**k you!’ he retorts and presses the buzzer again.

The buzzer goes; it is bed twenty-two.  It is him, the entitled demander, the attention-seeker, the saboteur.   He complains of ‘crushing pain’ to his chest, you ask him to indicate where (although you know where he will put his hand).  You’re okay then you say- it’s in the wrong place for what you think it is.  ‘Where is the right place?’ he asks – but you never tell him, you would be stupid to tell him.  (You are so afraid one day he will touch the right spot and you will miss it unaware that he will not be crying wolf.)  He sits picking at the scar site of a recent op – don’t do that or it will become infected you say.  ‘It needs a dressing’ he says.  No, it doesn’t.  Three days later, he partially opens the scar with his fingernail.  ‘It needs a dressing’ he says.   It needs a dressing.

He is alone but for his thoughts, he is alone and lonely, he pushes his self-destruct button and buzzes for attention.

Negative attention is better than no attention.

Underground, calamities’ punctuate,
sometimes the price of coal paid by a life of man.

But here, here, this place, this Aberfan,
spoil tipped upon a mountain side,
spring-fed, rain-drenched, mass liquefied
slides with almighty roar, overwhelms
demolishes all within its path;

they come, off shift, black-faced, lights on,
heart-wrenched mind-numbed, they dig for children,
innocent lives lost erased through negligence.

Unuttered words cry out, locked behind the lips
of children guilty to have survived.

There is an aftermath of grief and guilt to last a lifetime here.

At approx 9.15, on the morning of 21st October 1966, over 40,000 cubic metres of debris from a colliery spoil tip cascaded down the side of Mynydd Merthr onto the of , its immense force destroying all in its path and engulfing and eighteen houses.

Great efforts were made by rescue teams but only a few lives were saved.  The death toll was that of 116 children and 28 adults

The National Coal Board were blamed for extreme negligence and the indifference to the plight of the residents and victims of the disaster by its chairman Lord Robens and his plundering of the Disaster Fund to pay for removal of the remaining tips led to his much damaged reputation.  However, he and the entire board of the NCB retained their positions.

Anna at dVerse asks us to write about catastrophe.  She writes:

“In the midst of catastrophe we can become silent, shocked by events, withdrawing into our grief. Most of us empathize greatly with the suffering of others. As poets we may then wish to express our solidarity through words. To write what is unspeakable, unfathomable, and incomprehensible. As such the poetry of disaster is often fragmented. Catastrophe rarely leaves us with clear narrative and an understanding of causality. The suffering of thousands or millions can overwhelm our ability to find a voice with which to cry out.”

I found this task very difficult and chose to pay my homage to the victims and survivors of Aberfan.

Image:  Courtesy of HealeyHero – History of Mining - and used under the Creative Commons License

One ill-thought out action,
one unsteady step
sends you flying back, back, back
into the bath
and taps
twist and snap and water fountains,
sprays you and dilutes my patience.

Apathetic lost soul you are
I have to figure out how to get you out
as you flounder wide-pleading-eyed,
whimpering.

at this very moment

I have had enough of this caring stuff
and want to drown myself in alcohol.

This poem represents a true event of and the frustration of an early evening late January.  Even the most cheerful optimists have an occasional bad day and that day was one of them (for me) and oh how so much I didn’t need my handsome one to (unintentionally) dive back into the bath… writing the above proved cathartic.

And apart from the dregs of in a box of Christmas wine – there was no other alcohol in the house… C'est la vie.

(Did figure out how to rescue my handsome one (tap impressions in his back but mostly his pride injured) – wedging with quilts pillows etc. to raise him to the height of the (interior) bath, a thick sofa cushion (to raise the height of the floor) and with the kind help of a wonderful next-door neighbour yanked my main man out.)

In my workplace the subject of non-visiting relatives sometimes crops up and it is at these times I use my experience to aid my colleagues in understanding why this is.  The life of a carer of someone with dementia or profound enduring mental (or physical?) ill-health is a lonely one.  Friends and indeed close relatives gradually cease to visit…

You become increasingly isolated and in the case of dementia your soul mate/mother/father eventually becomes a stranger to you and more often than not – a stranger who is more dependant on your time (and more trying on your patience/sanity) as the days slowly pass.  You cease to love the one you loved – for they are no longer that person.

I also understand burnout as occasionally I come very near it myself – and I guess in view of this I can understand elder abuse too.  How often it may be that we are at our wits end, with no-one to turn to and although I am able to keep my frustration to muttered words – I can understand why some snap and hit out under the interminable pressure of caring.  (I understand it – but firmly believe I would never reach this point – but I could be wrong.)

Poem entered at OpenLinkNight at dVerse  hosted by Joe Hesch – thanks Joe!

Death of the NHS 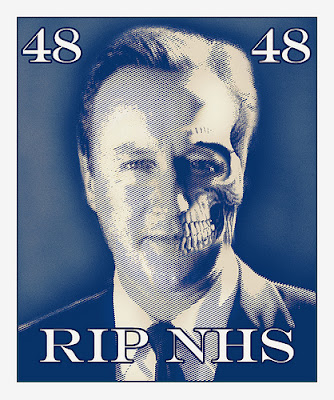 Yesterday the Heath and Social Care Act came into force.
Today the NHS begins to die.
Tomorrow begins the dismantling of the NHS.
The dismantling will be subtle…

To understand more, please read this article by Max Pemberton in The Telegraph…read it and weep.