Time has had enough of him,
his ailing mind, his failing heart,
his withered pained contracted limbs;
will time come for him tonight?

And what of him?
The he that is him?
What of him?

Synapses ripped apart
all he only knows is fear.
He is man come neonate,
mind dissolving with each passing hour;
returning to from wherence he came,
but to no comfort of the womb.

He is a tiny bird, mouth gapes
sensing every spoon
as if willing eternal life.
And so he lives,
lives every hungry spoonful.

Yet with each
and every intervention
he dies a little more,
screams out in pain and fear
as mouth gapes
swallows each and every hungry spoonful
as if wiling time before.

He has no place here,
time has enough of him;
will it come for him tonight?

And this winter, he finally gave up.  RIP Dear Ted.

Linked to:  dVerse OLN    Thanks to all at the pub.

General Paresis of the Insane 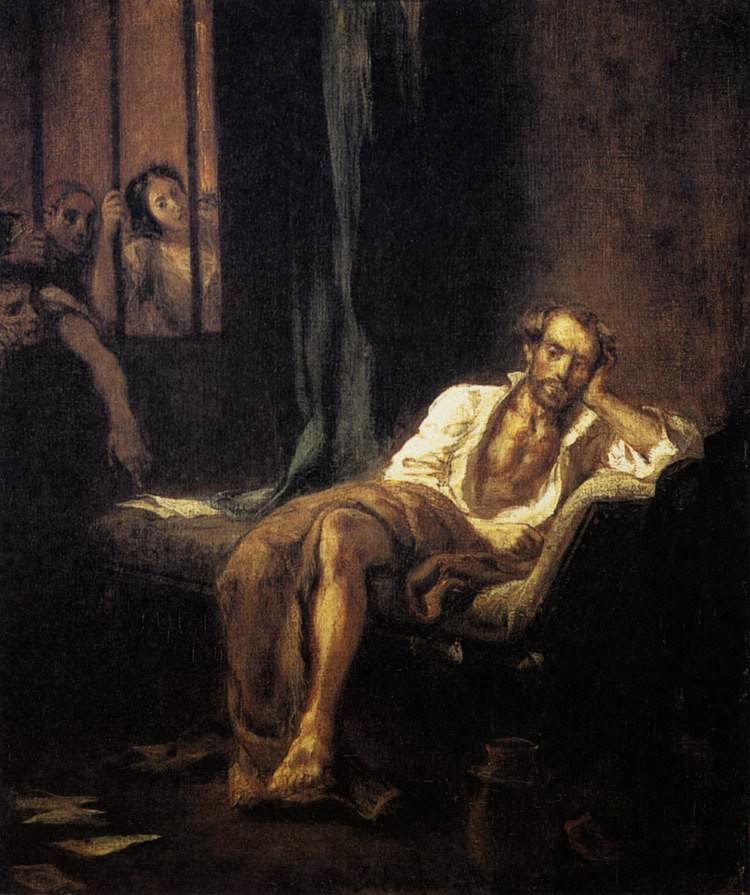 Midst loss of hope and deep despair
he longs to find someone to care,
but much to his chagrin he finds
there is no one who’ll tarry there.

There in that place of troubled minds
where troubled souls are thus confined
to languish in their discontent,
abandoned they and left behind

He, the poor cad the miscreant,
syphilis made mad, he then sent
to languish in that utter hell
in hope of sins he would repent.

He yearns to hear that tolling bell.

After reading Björn’s and Claudia’s (early) responses to Gay’s prompt (at dVerse) I set pen to paper, or more accurately fingers to keyboard and up popped the first stanza.  Then I got lost so searched Wiki for an image and the rest followed from there.

I have worked in mental health since the early nineties, did my training in a psychiatric hospital -–long since closed -–and when there, vowed I would never work in such a  place (strictly against my conscience).  Don’t get me wrong, as in staff, there were many good people there - but I just felt they were in the wrong job.

There is a definite stigma attached to mental (ill)health, a certain belief that those who suffer from it are malingerers  and there are those who indeed abuse the system for an odd sort of gain

There were certain young folk -–especially of the male variety -–who would get themselves sectioned, feign mental illness to escape prison sentences.

It is estimated that one in four of us will suffer mental ill-health in our lifetime and for a long time I personally disputed this figure - that is until I suffered from it, albeit to a low degree.  During this difficult period (for me) I found that my colleagues - who of course work in mental health - couldn’t deal with it.

As of my response to the prompt, I know there is an extra line - but it just felt right.

Link: General paresis of the insane